The volume, edited by Béla Mester and Rafał Smoczyński, entitled Lords and Boors – Westernisers and ‘Narodniks’: Chapters from Polish and Hungarian Intellectual History offers an overview of the results of…

Foreign language reviews of A Political Philosophy of Conservatism

Conference Proceedings Edited by the Institute of Philosophy and the CISUECO

The Institute of Philosophy, Research Centre for the Humanities, cordially invites you to the upcoming opening workshop of the bilateral research project of the Polish and Hungarian Academies of Sciences,…

The Institute of Philosophy, RCH, cordially invites you to the upcoming talk

The talk will be online and is based on a paper that is a joint work with Genoveva Martí.

In this talk I continue my defense of a version of scientific realism, Tautological Scientific Realism (TSR), that rests on the claim that, excluding some areas of fundamental physics about which doubts are entirely justified, many areas of contemporary science cannot be coherently imagined to be false other than via postulation of radically skeptical scenarios, which are not relevant to the realism debate in philosophy of science. I will discuss, specifically, the threats of meaning change and reference failure associated with the Kuhnian tradition, which depend on a descriptivist approach to meaning, and will argue that descriptivism is not the right account of the meaning and reference of theoretical terms. My co-author, Genoveva Martí, and I suggest that an account along the lines of the causal-historical theory of reference (in the tradition of Kripke and Putnam) provides a more faithful picture of how terms for unobservable theoretical entities and properties come to refer. We argue that this picture works particularly well for TSR, and handles the much-discussed problem case of ‘phlogiston’ better than rival accounts such as Psillos’ causal descriptivism.

You can join by clicking on the link below.

For more information about the Forum, please visit the website or the Facebook page. If you have further questions, please contact the organisers, Attila Németh and Georgia Tsouni at This email address is being protected from spambots. You need JavaScript enabled to view it..

The volume, edited by Béla Mester and Rafał Smoczyński, entitled Lords and Boors – Westernisers and ‘Narodniks’: Chapters from Polish and Hungarian Intellectual History offers an overview of the results of the ten years of a Polish–Hungarian scholar cooperation.

Foreword and the Table of Contents of the book are available here and here; the whole volume will be available soon at the Gondolat Publishers. 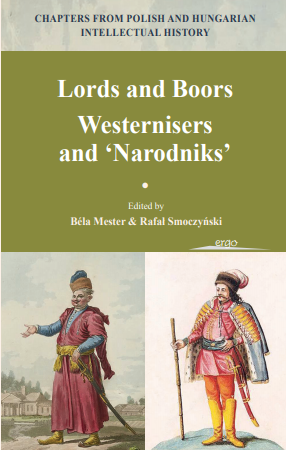 Publication of the book is supported by the Wacław Felczak Foundation.

The György Pólya Heuristic Subcommittee of the Standing Committee of the History of Science and Technology of the Hungarian Academy of Sciences, the Research Centre for the Humanities, Institute of Philosophy, and the California State University, Fresno jointly organized a Special Session of the Fall Meeting of the American Mathematical Society titled

How to Solve It? Heuristics and Inquiry Based Learning

The Special Session follows up the 2nd International Conference on Heuristics: Motivating, Orienting and Modeling Invention.

The Sectional Meeting is held virtually.

Ferenc Hörcher gives a talk at the online conference entitled Educating the Soul through Art, organised by the University of Public Service and Buckingham University.

The title of his talk is going to be: Aristotelian or Platonist? Scruton's Philosophy and the Great Tradition.

A detailed program of the conference is downloadable here.

An invitation will be sent to those registered at: This email address is being protected from spambots. You need JavaScript enabled to view it..

The conference can be followed live on YouTube, at: https://www.youtube.com/watch?v=2aOy83ETfYQ&feature=youtu.be Here you cannot participate in the discussion, only use the chat function).